Raising the bar on production in the paddock and assisting farmers achieve the best in productivity and profit is the driving force behind Paringa Livestock’s breeding programs. Through our partnerships with like-minded people such as Lee Leachman of the USA and the Absolom family of New Zealand we are now able to access elite sheep genetics previously not accessible in Australia.

We have watched with great excitement the Highlander® (maternal line) and Primera® (terminal line) sheep programs that have been developed with a supply chain methodology or a “full paddock to palate” goal. 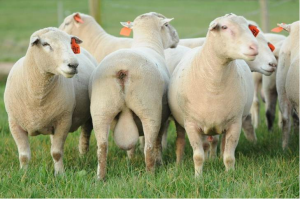 The Primera® is a terminal composite sheep designed by Focus Genetics P/L NZ to provide high performance finishing lambs which excel in meat characteristics. The aim of the Primera® is to utilise the best available terminal sires of quality terminal breeds in one package.

Through large scale progeny testing of elite sires the Primera® has the science behind it to deliver for commercial lamb producers.

The Primera® rams have been used in trial matings in Australia, with the following results.

“We needed to lift our production of “quality” lamb meat kilograms, out the gate and these rams had the figures to back them up. Their figures on fertility, low birthing weight and fast 100 day growth were what we needed to ramp up production, and that we did.

Lambing this season has been the quickest, most low intervention lambing we have experienced yet. We have experienced our highest scanning rates to date with the introduction of the Primera® rams”. We have seen a noticeable change in the way newborn lambs are emphasising their hybrid vigour or “will to live”. 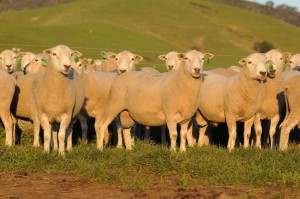 A self-replacing maternal composite sheep developed by Focus Genetics P/L New Zealand. The systems and science behind it provide the foundation for its performance across commercial farms in NZ, UK and South America. The aim of the Highlander® is to consistently deliver improved kilograms of lamb weaned. This is achieved through higher performance as a ewe hogget and then maintaining a higher level of production from a two-tooth onwards.

The Highlander® rams have been used in trial matings in Australia, with the following results. “Figures so far for multiple marking:

Paringa Livestock is proud to secure marketing rights for the Highlander® and Primera® genetics in Australia and looks forward to offering the world’s most performance tested and validated sheep genetics to our lamb producers.

You are invited to come and inspect the rams at Yea Victoria.
OPEN DAY WEDNESDAY 26TH SEPTEMBER 10AM